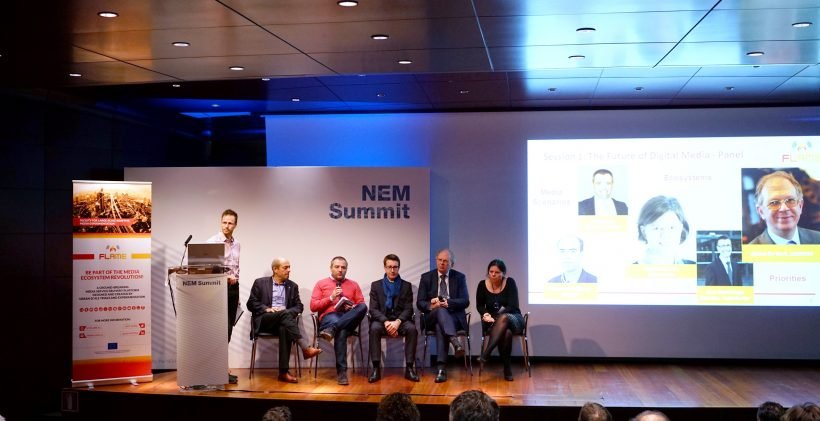 FLAME held its first workshop at the NEM Summit 2017 on November 30th in Madrid, gathering together leading experts working in the areas of digital media and communications to explore the structural change occurring across Europe and the world. The workshop, which was co-located with the NEM Summit and run as part of the overall conference programme, gave attendees the opportunity to discuss new forms of social and interactive media experiences, gain insight into the FLAME project, and share information on how to get involved. More than 50 people attended and contributed to the animated discussions.

The first of the FLAME sessions, The Future of Digital Media, was introduced by the Project Coordinator Michael Boniface of the IT Innovation Centre and included keynotes from Dries De Roeck of Studio Dott on Future Design and Digital Media, and the Technical Manager of FLAME Dirk Trossen from InterDigital on Vision for software infrastructures. 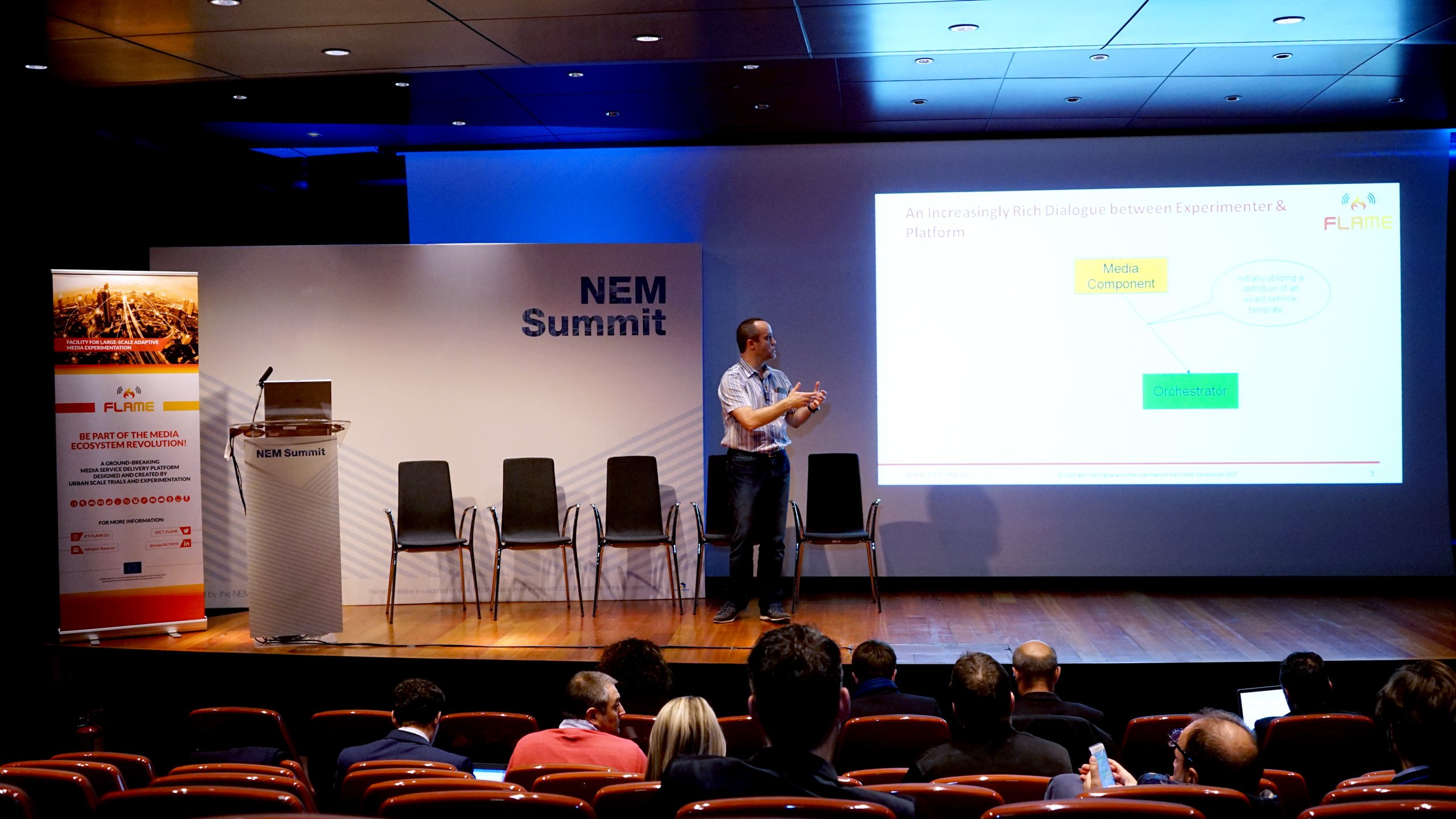 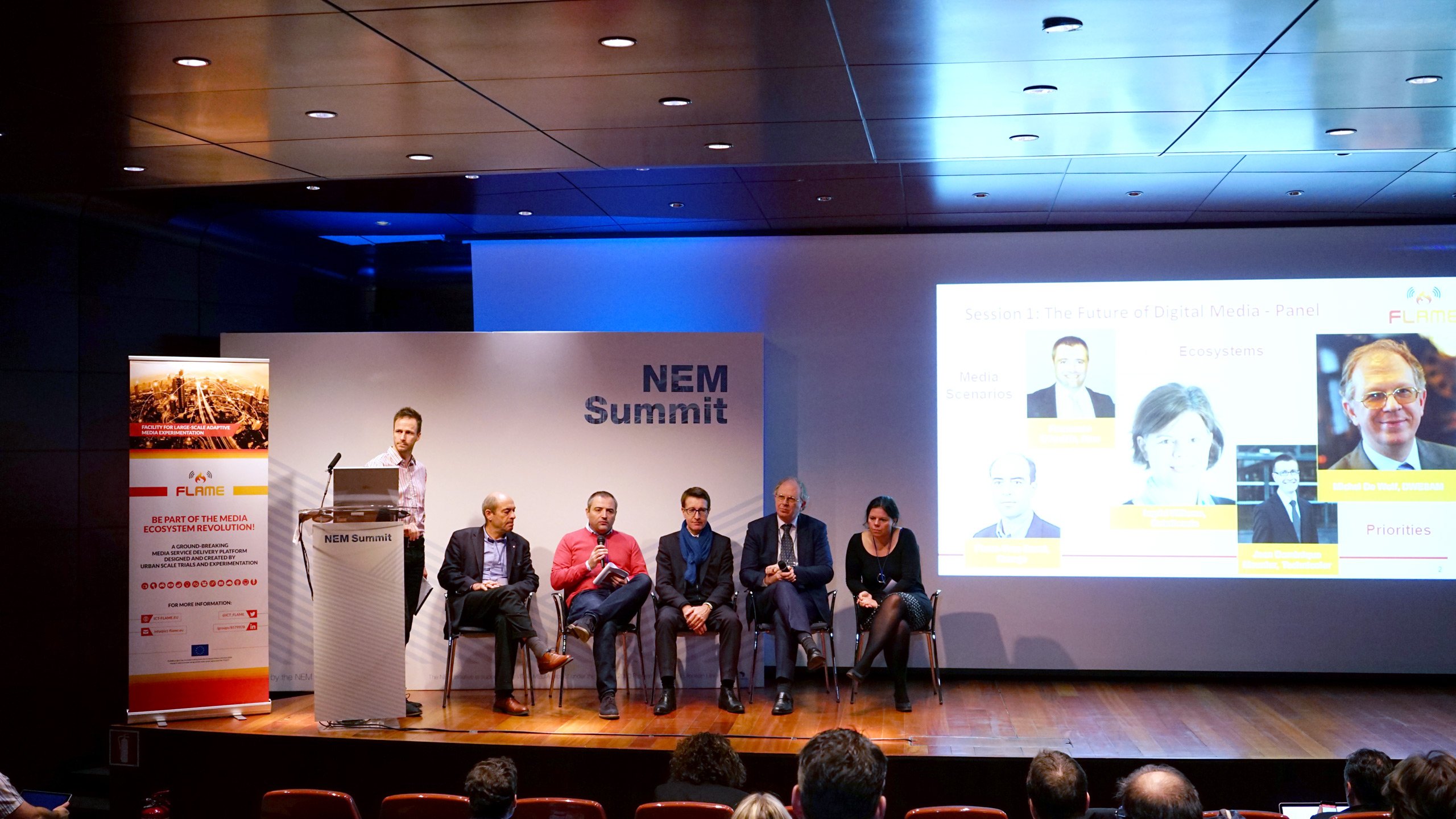 The second session, Building the FMI Ecosystem Through Experimentation, began with Michael Boniface presenting FLAME Offering: a flexible delivery platform for media services, followed by a session on early trials and experiments from broadcast, transmedia and gaming, with Mike Matton from VRT speaking about personalised and participatory media, and Julia Chatain from ETH Zurich talking about collaborative transmedia. The event was closed out with Monique Calisti of Martel Innovate presenting how to get involved in the FMI Ecosystem and FLAME Open Calls, and taking questions from the audience. 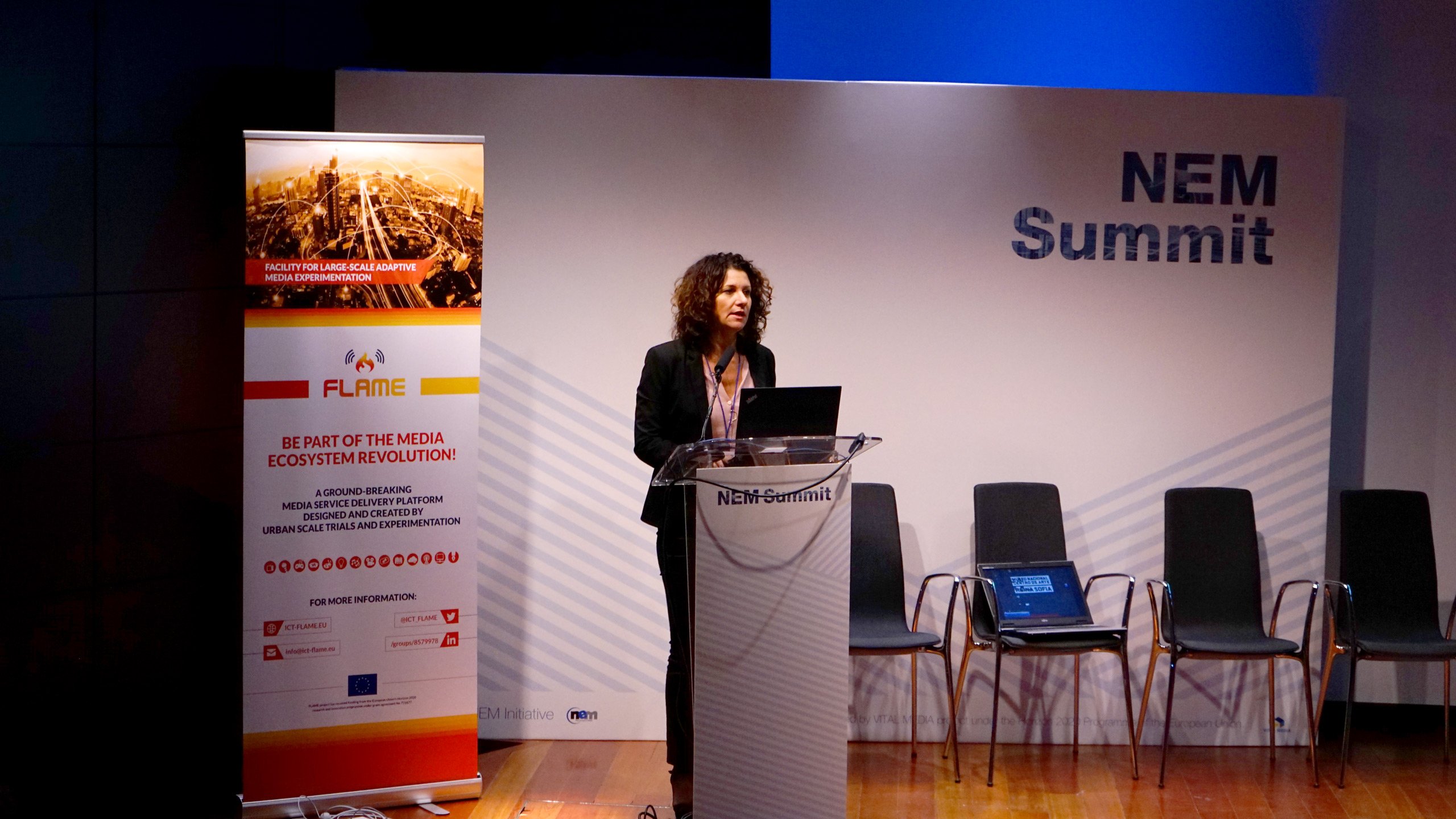 The presentation files can be downloaded here.
Download the full report here.