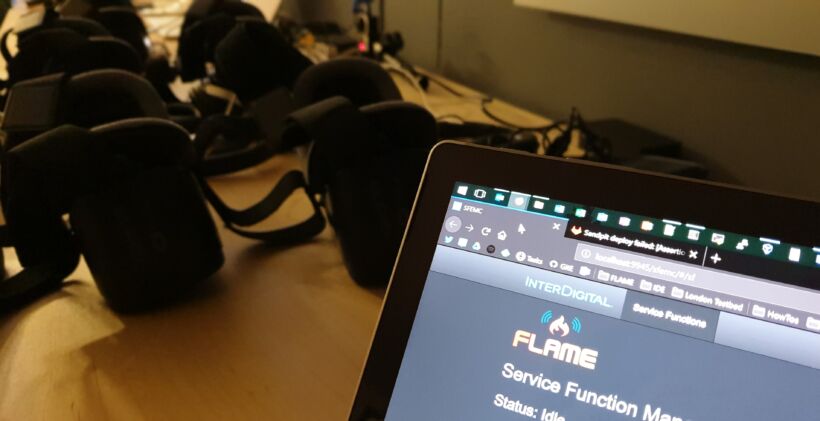 The FLAME platform played an important role for media delivery within the UK’s 5G Smart Tourism Project. This was demonstrated on 9 March 2019, the public showcase day in the UK cities of Bath and Bristol, which marked the end of the 5G Smart Tourism project and brought together 19 use case and technology providers to demonstrate the benefits of 5G.

InterDigital Europe and University of Bristol were the technology providers for the VR-based tourism application provided by Mativision. The idea: a tourist guide controls the playout of VR content to its clients and instead of pre-loading the video content on the devices, it is streamed from the cloud to all participating handsets.

With data rates of up to 50Mbps for a single 4K 360 degree VR stream, traditional networks simply cannot cope with the sheer number of clients and their network resource demands. While the network throughput is certainly a key parameter that the communications system must support, it is the jitter MPEG DASH clients measure to decide to go up or down with the bitrate of the video stream based on what video rates the DASH manifest comprised. Thus, not only mobile edge computing allows to bring the service much closer to where it is consumed but it also allows lower latencies and a low enough jitter for DASH clients to assess the link to be performant enough for higher bitrates.

In addition to the aforementioned latency arguments, the FLAME platform allows the delivery of HTTP responses through the network via multicast for clients that request the same resource at roughly the same time. Not only does this lower the cost of delivering the videos to all clients, it also allows delivery of the stream at a individual client higher rate because the co-incidental multicast feature frees up resources by simultaneously sending responses to more than one client.

On the deployment side, the FLAME platform was deployed in OpenStack with a software-based SDN switching fabric underneath and Mativision’s service deployed through the FLAME orchestrator inside the platform’s clusters at the edge. As the last hop at the showcase event, two WiFi access points were deployed in the 2.4 and 5GHz band with approximately 100Mbps application layer bandwidth each. Two devices connected to the 2.4 AP and three to the 5GHz one with the actual service being composed of a synchronisation service, an analytics service, and the actual video content server. The latter, being throughput and jitter sensitive, was deployed at two edge clusters of the platform. The figure below illustrates the gain over conventional IP at the clusters serving the video content (y-axis depicting the ratio of received HTTP requests over sent HTTP responses at the SR serving the cluster).

It clearly shows that the FLAME platform is able to deliver the DASH-based video content in a multicast fashion, reducing costs while improving overall experience through performant and low latency delivery of the VR content.

To give you some idea on the showcase itself, the atmosphere as well as the users enjoying the experience, click on the link below for a brief video, courtesy of Mativision. 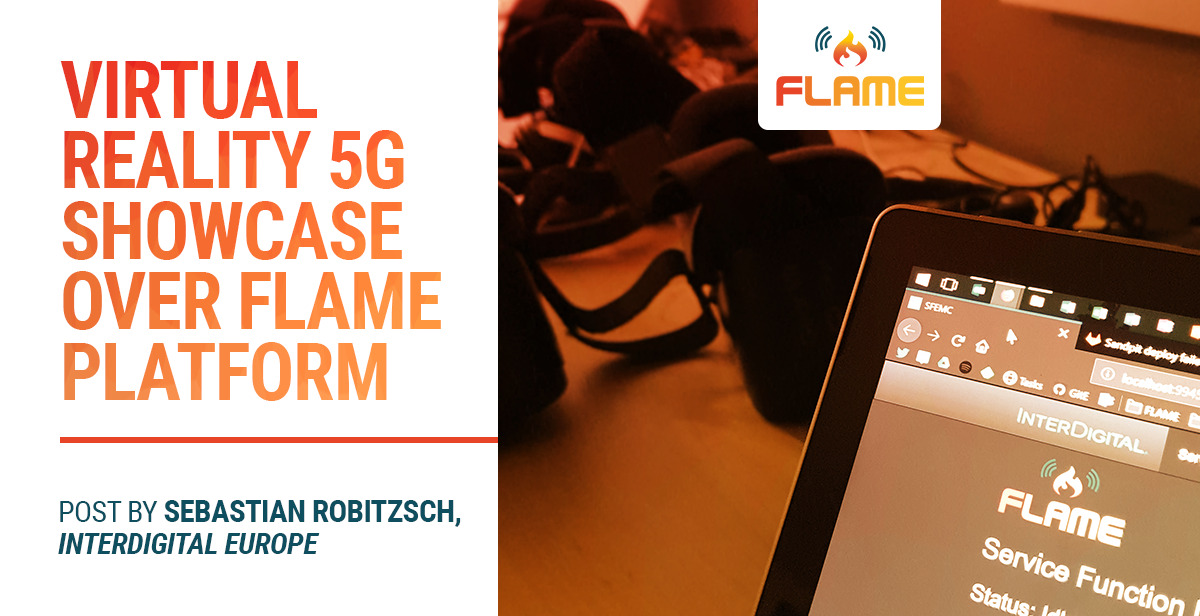