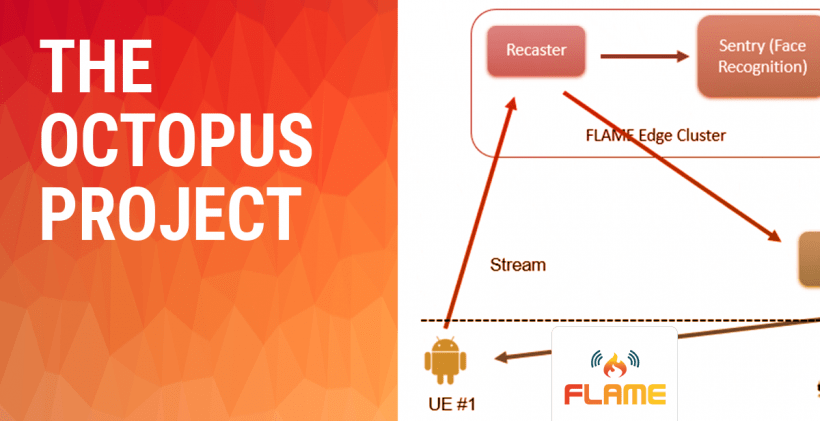 The OCTOPUS project is targeted to broadcasters and content providers in order to help the journalists with out-of-band information regarding the persons who are interviewed.

For this reason, the FLAME platform is used to assist the on-the-field work of the journalists and the local production unit, for two main aspects.

The first is related to the out-of-band information that is provided in real time regarding persons who could be interviewed. This information is presented directly to the journalist who can now, if desired, access to a complete description of the person in the interview process.

This feature has been achieved thanks to the offloading functionalities of the FLAME architecture that can support many scenarios, mostly based on microservice architectures, in order to locally store the face db as well as run the face recognition algorithm. Thus, OCTOPUS and FLAME demonstrated that heavy and complex tasks can be move on the edge network which also implies a better use of the batteries of the journalist’s terminal.

Thus, the required bandwidth for the interconnection of the local production unit and the central office of the broadcaster is much less if compared with classical approaches.