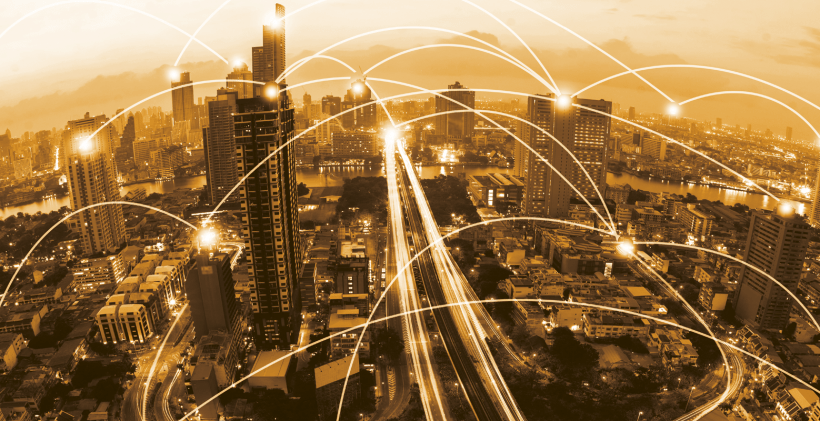 The development of FLAME will directly impact some of the core work being done to develop 5G’s next generation technologies,explains FLAME technical manager Dirk Trossen

FLAME has a strong focus on media delivery due to the various use cases for the validation as well as open call funded trials. In addition, the technologies as well as the platform developed by FLAME will also have a direct impact on core aspects of 5G, i.e., the development of the next generation mobile generation.

FLAME specifically targets both standardization as well as early demonstration efforts related to ongoing 5G development. For the former, FLAME has been contributing to the work of the 3GPP standard body, which is the main 5G standard body at the level of relevant radio and mobile core network technologies. 3GPP has only recently finalized the “Release 15 specifications”, which form the basis for the first 5G roll-outs expected later in 2018 and early 2019.

The current iteration, i.e., Release 16, studies two aspects into which FLAME directly contributes. The first is that of the ‘service based architecture’ (SBA) for future 5G mobile core networks, impacting how control traffic as well as user traffic is being transported in mobile networks. SBA is seen as a major enabler for telecoms to move from the current model of highly specialized network function implementations to a highly software- and virtualization-driven realization in a cloud-native infrastructure comprised of regionalized data centres. This will position future mobile operator network infrastructure at the same level as those of Google, Amazon and other major Internet players. This aspect is currently being worked on at the level of a ‘study item’, which solicits key issues, requirements and early solution proposals.

InterDigital has contributed not only several key issues but is also currently proposing key aspects of the FLAME platform as a possible solution to the so-called ‘communication enabler’ (or service framework) that realizes the flexible and efficient communication between the aforementioned regional data centres of mobile operators. For this, the orchestrated approach to flexible service routing, outlined in FLAME’s D3.3 is key to realizing the SW-driven mobile core networks in 5G, as illustrated in the figure below in the demonstrated adaptation of the FLAME platform the SBA use case in 3GPP. 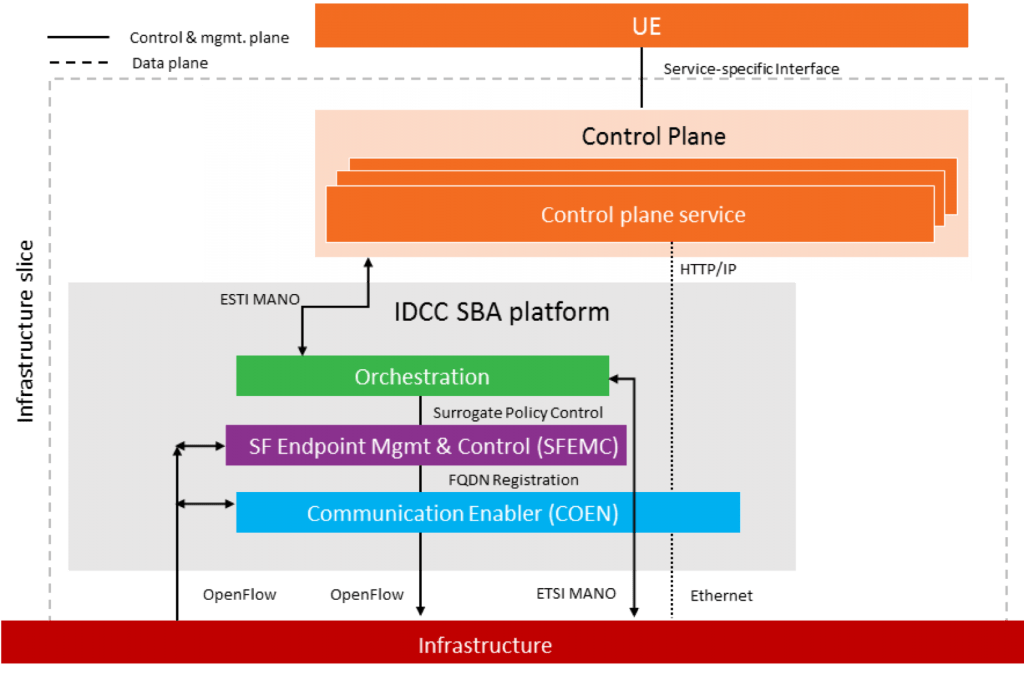 Together with Deutsche Telekom, InterDigital demonstrated a first realization of such future 5G control plane, based on technologies developed at InterDigital and also utilized in the FLAME platform, at the NGMN (Next Generation Mobile Networks) Forum in April 2018, organized at Orange in Paris. The NGMN is a major operator forum and the demonstration was the first of its kind.

InterDigital has since been working with operators and vendors alike to formulate implementation considerations based on its insights of using FLAME technologies as well as its platform for this crucial part in realizing 5G. Contributions to 3GPP SA2 (the main working group for this study item in 3GPP) have since been made.

In addition to the aforementioned SBA efforts, InterDigital has also started to contribute to the 5GLAN study item in the same SA2 working group. This study item investigates the realization of an Ethernet-like LAN bearer for 5G services, much like WiFi in today’s systems but over cellular technologies. Since this study item is newer than the SBA one, solution contributions have not yet started but are expected soon.

To support such contributions, InterDigital is planning a similar demonstration to the SBA concept for the 5GLAN extensions, enabling the full benefits of the FLAME platform not only in media delivery scenarios but any 5G scenario, both for cellular as well as non-cellular radio environment.

Stay tuned for more details on this planned demonstration!