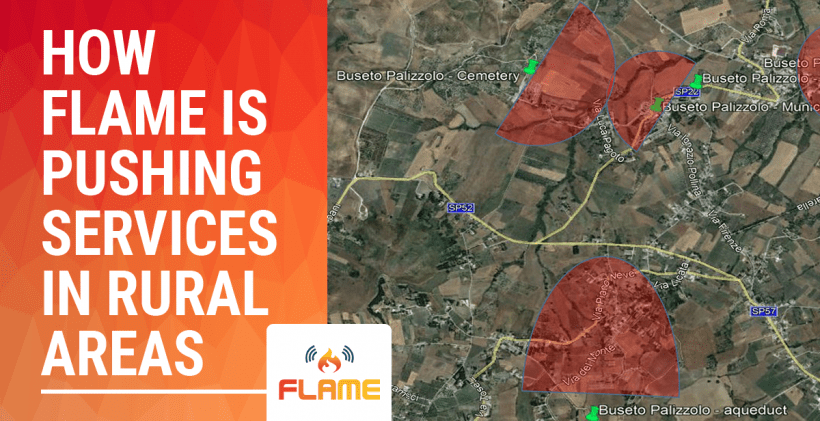 How FLAME is pushing services in rural areas

In the last years a lot of work has been done to improve the 5G technology under many aspects such as the radio access, the edge architectures, the core, etc.

However, as it happens quite often in the telecom market, most of the focus has been spent on high density scenarios such as big cities, where many services and infrastructures (e.g. theaters, bars, etc.) are already available in the place and where the 5G use case can just complement a very rich scenario (if compared to rural areas). Also, the sustainability of the business model of a high-density urban scenario is much easier if compared to rural areas where, besides the difficulties of the “social and digital divide”, the low density of the population poses technical challenges for the coverage and the availability of the service.

Thanks to the opportunity of the second Open Call, Level7 proposed the implementation of a new infrastructure in a rural area (Buseto Palizzolo, Sicily) where the request of services from the local community is totally different if compared to high density territories.

Indeed, the challenges for those rural areas is not enriching the request of the many available services but how to convince families to not leave the territory and move to high populated areas. This aspect is common for all the European rural areas where in the last years we have seen the population leaving the country for the city, due to the very high offering of services spawning in multiple sectors such as the entertainment, the heath care or the education (schools, Universities, etc.).

This new infrastructure gives the opportunity to the FLAME consortium to complement the scenarios of the big cities (Barcelona and Bristol) thus enriching the offering for third parties that now can run propose generic use cases or specific rural use cases.

The infrastructure is open to any third party willing to experiment the FLAME technologies and it has multiple nodes that will be constantly expanded and improved even after the end of the FLAME project thanks to the investment of Level7.