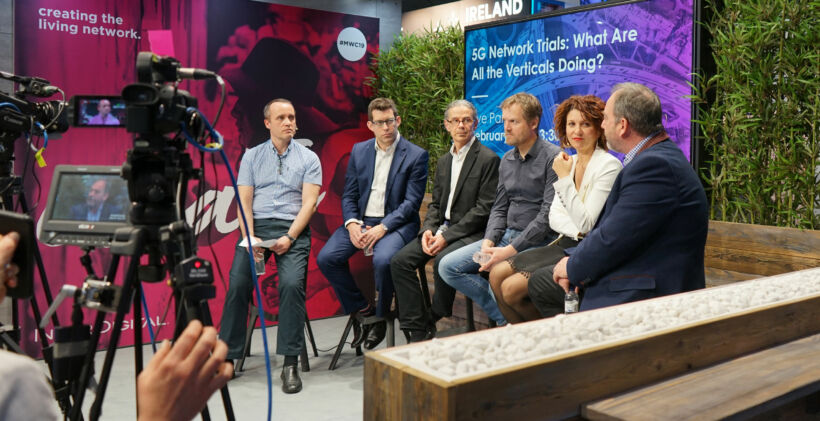 FLAME and 5G at MWC

The Mobile World Congress (MWC) is the ultimate tradeshow in the mobile industry. Visited by more than 100,000 people and showcasing over 8 halls in Barcelona, it is the place to be for any innovation in the mobile and, currently, the 5G space.

After its inaugural presence in 2018 at the MWC ministerial conference as well as the InterDigital booth, it was exciting for the FLAME project to be represented again at the InterDigital booth in Hall 7 Stand 7C61, exposing the progress made throughout 2018 to the wider audience at the MWC. As well as featuring our new video, including an animated sequence that showcases FLAME benefits in an entertaining and well-explained manner, InterDigital demonstrated advances of the FLAME platform that will ultimately be integrated into the future trials within FLAME. 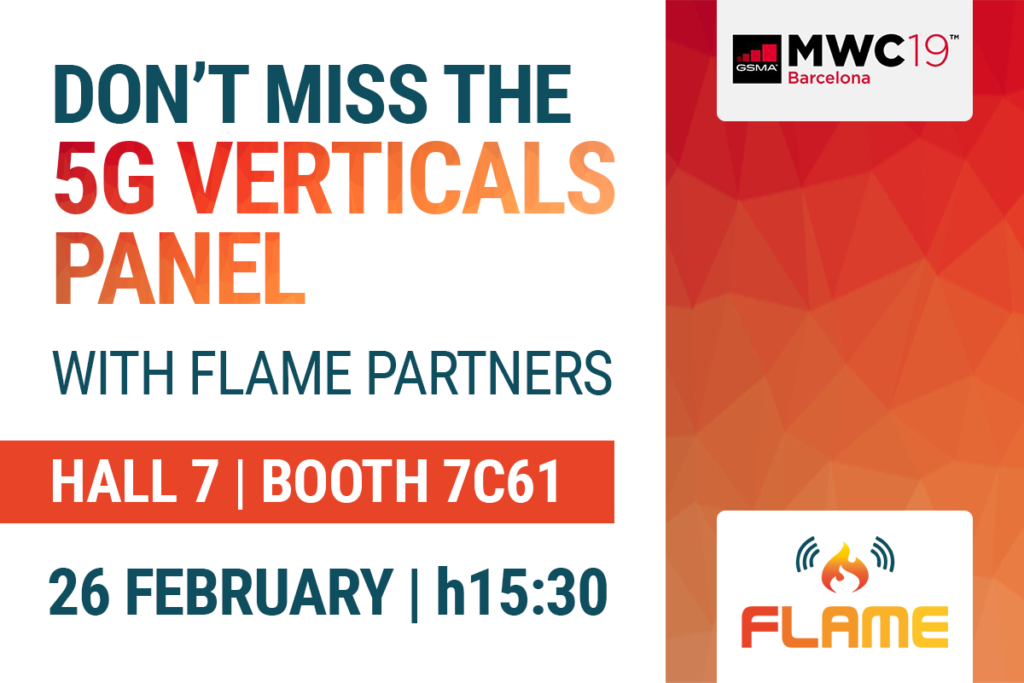 Further, FLAME was represented in a panel discussion at the booth moderated by InterDigital’s Dirk Trossen and featuring Dr Monique Calisti from FLAME partner Martel Innovate. The discussion was 5G Network Trials: What are the Verticals Doing. 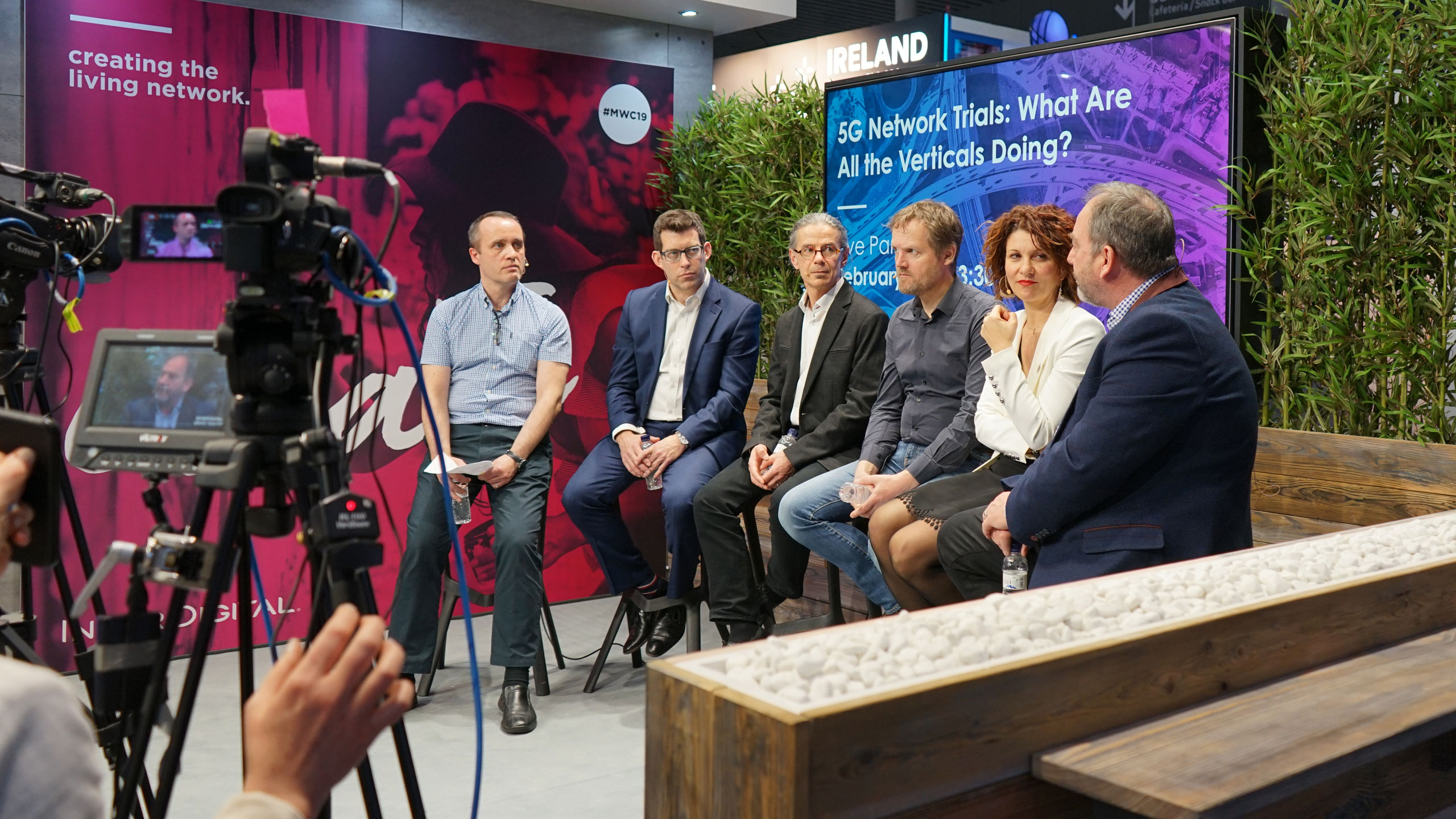 The advances in the FLAME platform demonstrated by InterDigital showcased how multicast benefits in VR/AR scenarios not only occur in the edge and core of the network but also down to the radio link through applying the service-based architecture (SBA), currently under standardization in 3GPP for the future Rel.16, at the data path of packets down to the mobile terminal. The demonstration mimicked the trial currently being conducted by InterDigital in collaboration with Mativision within the UK-funded 5G Smart Tourism project, which utilizes the FLAME platform within the same premises used for the FLAME trials in Bristol. 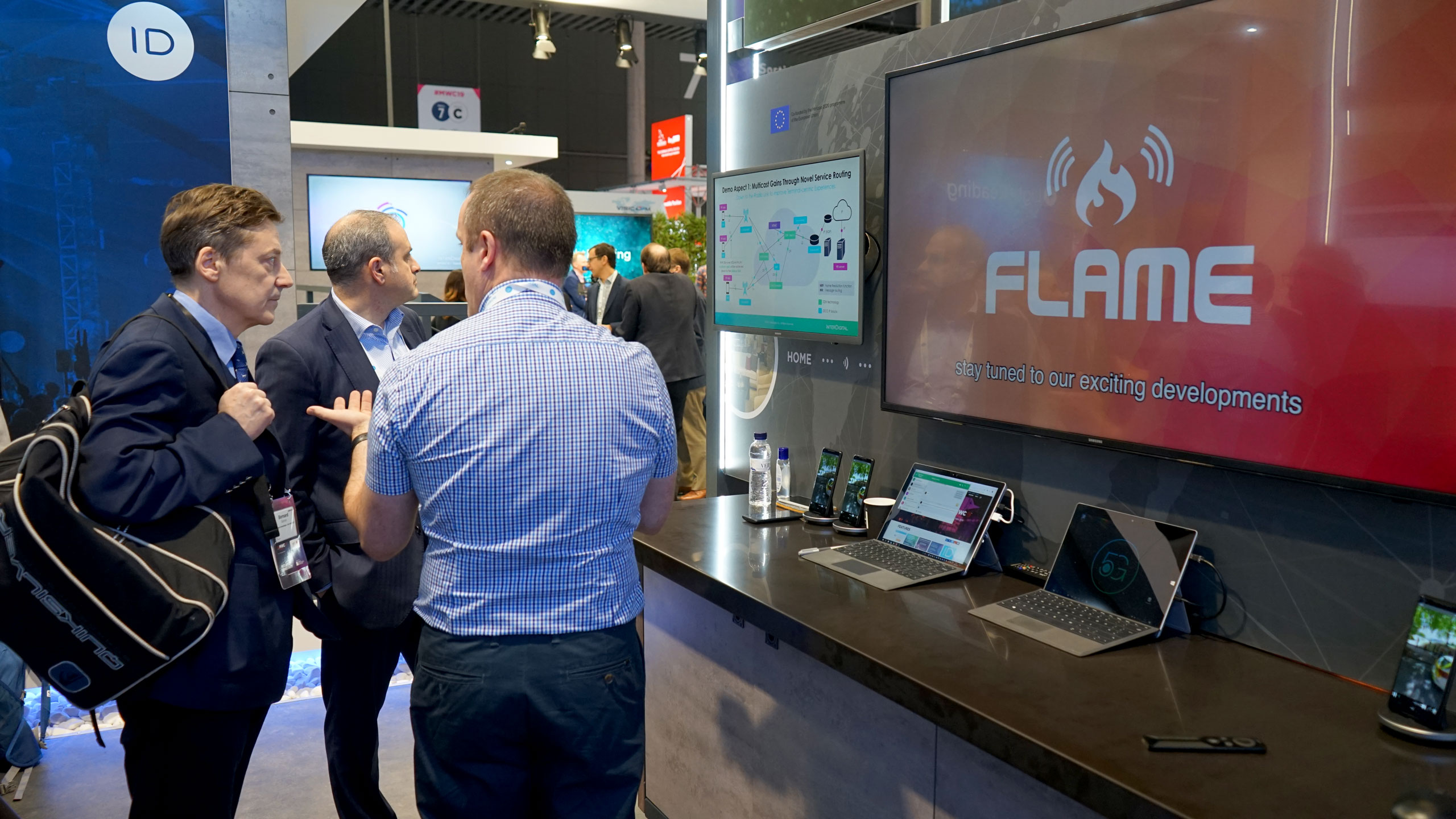 Other advances included the combination of the app-centric installation procedure on a mobile device with the orchestration of service components in the edge network, here exemplified through a hotel infrastructure where one demonstration device was connected. With this, application installation and service orchestration are becoming one process, providing rich opportunities for future mobile app-based deployments of FLAME services.

Last but not least, the demonstration also provided an outlook of how to use the novel features of the FLAME platform to offload mobile application functions seamlessly to infrastructure components, previously orchestrated through the above joined application installation and orchestration procedure, as well as surrounding smart devices, such as TV in the hotel room. We expect to see more such app-centric experiences, enabled by the FLAME platform, in future trials within FLAME and beyond.

The interest in these demonstrations but also FLAME in general was very positive, supported by hands-out material and direct discussions with visitors. The 5G angle of our technology innovation in particular provided a positive outlook towards what is to come beyond the initial 5G deployment we will be seeing throughout 2019. FLAME has a firm position in this future rollout through the standard contributions in the relevant standardization organization but also through its presence at the main showcase event for the mobile industry. 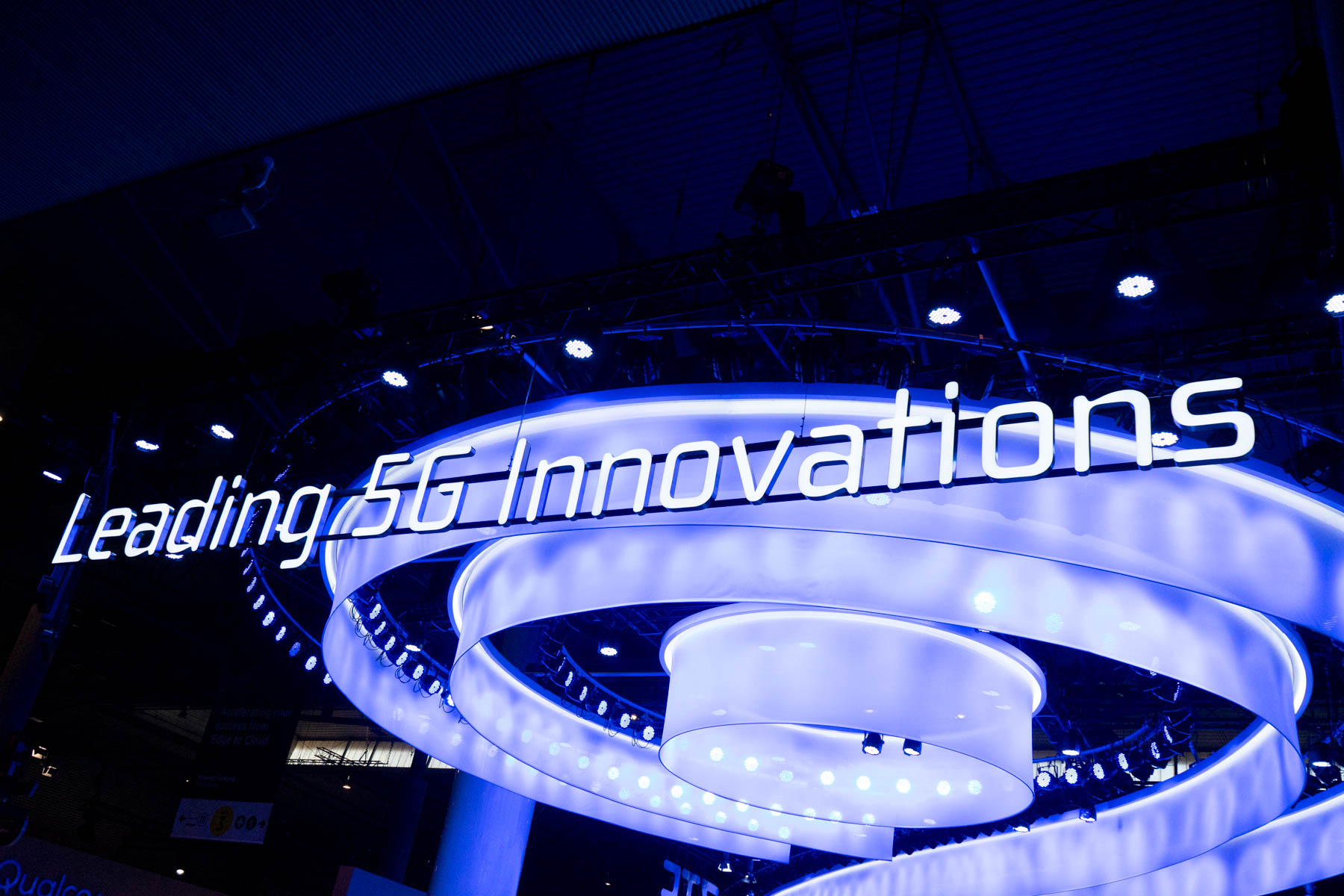