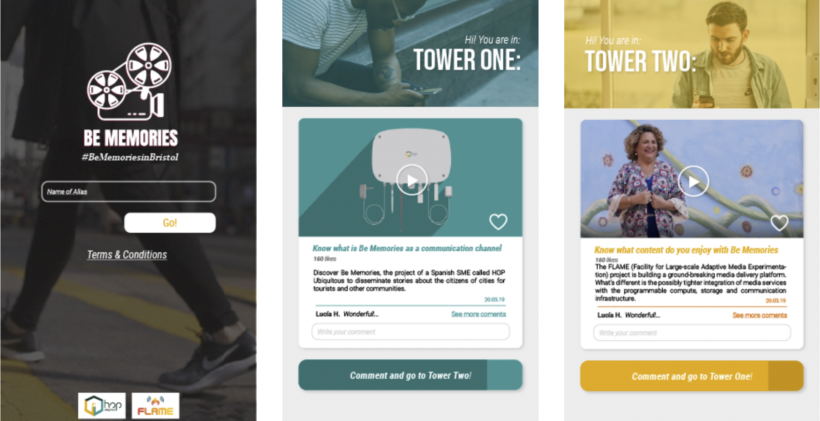 Be Memories, a new channel to disseminate the culture in short videos

Be Memories is an interactive tourist guide which uses IoT devices called Smart Spots to transform the cultural Point of Interest (POI) into an interactive areas denominated as Smart POI (Smart Point of Interaction). These smart areas create a new communication channel between the cultural offer and the visitors through multimedia format as short videos where the local residents told stories and anecdotes about the territory in short-time interviews.

Be Memories has been deployed in Ceuti (Spain) http://bememories.es/ and it has had a good acceptance between the citizens and visitors of the village. The report provided confirms that during the an analysis of 15 days more than 400 users have connected with the main Smart POI and seen the video-interviews, achieving 30 users per day.

Be Memories in Flame: Virtual Smart POIs in the M-Shed

For that, HOP Ubiquitous has developed a Large Trial between the 3rd to 5th of June, based on two virtual Smart POIs in two access point in M-Shed square (Bristol) with two different videos located in different points of the square. Through this channel, the users who visit the square are able to access to a content designed by their location.

The final results of the Large Trial in Bristol are composed by more than 70 interactions with the Be Memories tool collected by the event register and 50 survey participants who valued Be Memories experience.

The main idea has been preserved in spite of not having a captive portal for loading application directly with Wi-Fi connection on each point, such as we have implemented in Ceutí with our edge nodes. However, it has been resolved properly with adding a link to Be Memories FQDN into smartphones dealt to users and Wi-Fi access points configured for auto connection. Users only should change their position and see the content change with the connection to another FLAME access point.

To deploy this, it has been prepared three different SF, the first of them, is responsible of hosting the backend server where are controlled comments, likes, users and places of interest with its video links for each point. This server  is separated of rest and will be individual, only there will be an instance, just like storage SF, which is the central video server where are all videos for download on edge nodes. The storage and backend SF will be deployed on data cluster, dc8-sr3-cluster1-cluster. The last SF was in charge of offer to users the interface and web page of Be Memories application, it was called bememories, contained the frontend of application. Are deployed two bememories SF with the same FQDN to access. FLAME allows to deploy different SFE on different clusters with the same URL to access, and the platform redirect the request to closer cluster from devices connected to each access point.

The main results of the trial were the following: 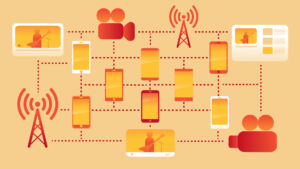 THE “BRINGING MEDIA AND TELCO TOGETHER IN THE 5G VALUE CHAIN” VIRTUAL EVENT WILL TAKE PLACE ONLINE ON 23 SEPTEMBER 2020. Registration is now open & is free. Join FLAME partners for the project’s grand
View Calendar
Add